Lonely without my friend

I realized something: I don't have a best friend anymore. Yes, it's obvious in one way. Suzanne died. My best friend died and I miss her horribly. I miss her for herself and for our relationship.
But I also have no one else, not a best friend, not a close friend even.  I lost other friends too. Plus people like my husband and my sister Cathi have their own best friends - which is great -- but that relationship is reserved with them.

So it makes the loneliness from Suzanne worse.
Posted by Erin at 9:15 PM No comments:

Email ThisBlogThis!Share to TwitterShare to FacebookShare to Pinterest
Labels: Suzanne

The next reboots? I've heard rumors about these and they have a lot of backing.

1) Daniel Radcliffe himself is promoting this since the books and movies came out so long ago. Plus Rowling can now put all the retconning in that she's discussed or used elsewhere. Also, with the Fantastic Beasts stalled and Cursed Child having so much hate, going to a new Harry can make fans happy and bring in Gen Z (like other reboots).

) The Godfather series with Johnny Depp as Michael. Godfather is a Boomer thing and Boomers are hated. (Sorry Gen X and Y. You're lumped in there.) Don't forget, Gen Z outnumbers everyone, so you need to focus on them. And Gen Alpha are the little ones growing up with these reboots. So a new Godfather means getting that millennial and Gen Z. Despite Depp being a Boomer, he'll get their money and he desperately needs a big hit. So win-win.


3) Star Wars The Original Trilogy: another Boomer thing. Plus Lucas' fans and actors - other than Hamill - have turned on him. Add to it that Luca's universe and Abrams' don't mesh, and we've seen a ton of retconning. So, like a Potter remake, the old can be replaced with the retcon. Fans are demanding at least a movie where the actors are done in CGI (like Rogue One Leia) and we see the changes in the characters. With the movies ending soon and prequels like Kenobi and more Solo movies canceled, going back and turning the original trilogy into the Abrams universe will a big hit with fans. And Disney has more fodder for the parks.

4) The Golden Girls. Betty White said she'd do it and that's a draw right there. Their merchandise is going through a big boom, so they could take advantage. The problem would be the movement against Boomers, but it might be enough to have the three generations above millennials.
There's supposedly 121 reboots in the list including Shrek, Akira, and American Werewolf. Obviously, the majority will do well. For example, Abrams could do Harry Potter and more reboots, so they'll be successful. It can mean Universal can redo Wizarding World too with the new rebooted version of that universe. Like Disney and its properties going into the parks.

Yes, a minority will complain. I did with Trek and Wars, but it's a minority.

Google your favorites and see if they're in the list. It's interesting to see who is redoing what parts.
Posted by Erin at 8:34 PM No comments:

Email ThisBlogThis!Share to TwitterShare to FacebookShare to Pinterest
Labels: reboots

I'm sick of people I trust turning on me. I had a great friend do it and now one of my sisters. I know, it sounds like it's me. But I did ask people for honest opinions and they said they believe it's not me in these cases.

It's awful and it eats at me. The world is painful enough, but to have people you trust betray that.... 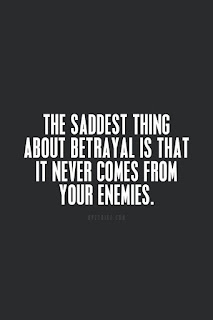