John's latest favorite soundtrack is the Broadway Musical "Fun Home". He saw Sydney Lucas' performance on the Tony Awards and was sold. He played Ring of Keys at least 8 times in a row (as well as the whole CD a few times) and told me I had to see Lucas' performance.

Good God! I can't believe someone else gave a better performance than brilliant actress. (I know I didn't see the other actress' perform, but c'mon.) She pulls off this entire song by herself; no one interacts her to cue reactions. Absolutely amazing!

Congratulations to her vocal coach and Fun Home for not only keeping her voice a girl's vs turning her into a little adult, but they celebrate it. In fact, all of her is 11. I'm blown away by her acting. Sydney's performance in this song alone makes me want to see the whole Tony Award winning show.

The lyrics talk about sexuality discovery, but as creators Jeanine Tesori and Alison Bechdel said, it actually is about discovery your identity and and beginning to answer the question: who am I?

Video recording is from Playwire:

I fell in love with this artwork by Jerrod Maruyama called the Happiest Hipster on Earth:

If you know me, you know I still adore my Pal Mickey, the plush interactive tour guide that Walt Disney World created years ago. Last year at some time -- maybe the summer -- I decided to try and make the hipster outfit for my Pal Mickey.

It took a lot of looking! A lot of dying and making things work right.

But now, FINALLY I have his outfit complete. Here it is! 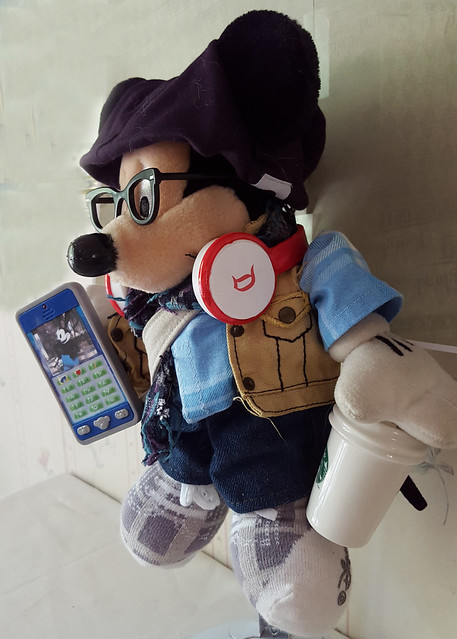 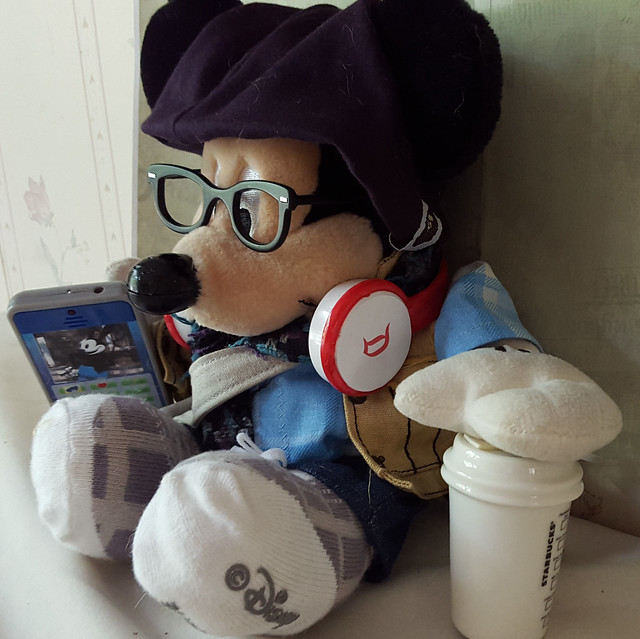