We have a new foster dog at home. I wonder if I can do right by this dog.

She was a breeding dog at a Lancaster puppy mill.  A man from NJ somehow found out and told the guy to give up Lady (then named Sadie) and some other dogs or he'd report the puppy mill.  Unfortunately, he turned around and made his own puppy mill.  Between his poor care of the dogs and other animals on his farm, authorities shut him down.  Shelters took care of the other animals plus her breeding father (Picaso -- good name, isn't it?) and her puppy.  (She had a litter of 6, but she was malnourished etc. so only 1 pup survived).  One of our volunteer found out about her and Oasis picked up her.

The volunteer lives in an apartment and is already fostering a few animals with no more room.  She boards a horse and got them to foster, but they kept her in a large hutch (3 people could fit in it), plus walks, but it was outside.  That's when we came in.

She's a bit bowlegged in the back; they say that's normal for a puppy mill breeder.  Their cages are so small, they can't full stand up and kind of squat.  the legs get bowlegged from it. (She just stole my sock too, but I digress.)  She's not housebroken because she's never been in a house before, never been up and down steps (so I have to take her up and down our deck steps), and she's never known a human being to touch her until Oasis.

So we have to get her housebroken, which is tough because you tell her no and she gets terrified that we'll turn on her.  She won't come to us when we call to let us pick her up; we have to corral her.  And teach her how to use steps.

She's got the sweetest personality.  Even with her trust issues, she's good to us: doesn't bite, snap, or growl.  Even with the vet, she took every shot, the needle for the blood and everything else like a sweetheart.

She's not 10; the original puppy mill got her age mixed up with a different dog.  She has no gray fur on her muzzle, moves like a younger dog, and her teeth are in good shape except some tartar for ill care.  We're guessing 4 - 5.  The vet said if you went by teeth alone, she could be older, but that's from poor food and conditions more likely.

She plays tug of war with Daytona which is amazing since she's never had a chance to play at all.  She's great with other animals, not just mine.  She distrusts men more than women (because men owned her), so John is giving her ultimate patience, always talking gently, and petting her.  She does come up to us to touch our hands, and she's started sleeping closer to us instead of across the room.

She's gorgeous.  The last volunteer got her weight up.  And she thinks the yard is heaven on earth!  She's even okay with a crate after the first day, seeing Elphie and Daytona okay with theirs.

I worry I won't get through her trust issues to get her to come up and be picked up, and to get her housebroken.

We got an early start, very early. John deliberately didn't set the room clock so I didn't know it was 5!

We wanted an earlier start so we get home earlier. Now we will be home in the afternoon.

Got breakfast at a NJ, too big a breakfast. And we saw someone towing a generator behold a Uhaul. We're guessing they are headed for NJ or NY with supplies for someone hit by Hurricane Sandy. We saw a convoy of electric trucks going north on our to Disney.

I wish we were still headed to Disney. 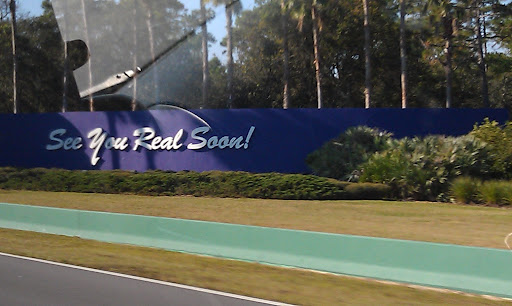 I hate to leave. 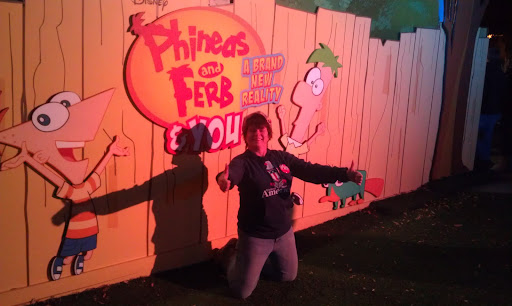 This was a fun thing for any fan with a wide variety of scenes to interact with. And it is free!

Nice touch, Disney! Adding something to West Side to have fun and something for the Phineas and Fern fans

Just got off of Soaring


I nearly forgot I had the Fast Pass.

It is really hitting me that this is the last day of the trip. I hate this feeling.

Epcot on a beautiful day!

We got a late start and slept in. We visited the dogs and now came to Epcot. Stopped in the Land because I hoped they still had breakfast and I was in the mood for a waffle. Still, I got the Roasted Beets and Cheese Salad that is really good.

John's back is a bit better and he is walking instead of using a scooter. On the other hand, I can't believe how swollen my ankle is after usinig the scooter yesterday.

I think I will grab a Fast Pass for Soaring and then head into World Showcase.

I never noticed this before! 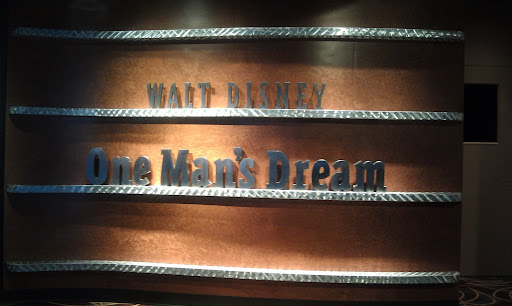 If he had 20 more years, TEN more years!  What could he have dine? Would we have seen his Epcot? It needed him and Roy if it was ever a reality... People needed them as the spearhead before they would back the city.

Walt Disney had talent, imagination, and courage. All 3 with Roy's talents and faith in "the kid" changed the world. A few more years, and what would the world be?

You know some are calling for this to be removed, but I would like to see it updated instead.

And I always thought for the people who want a really scary attraction, they should make Alien into a full blown fright ride! 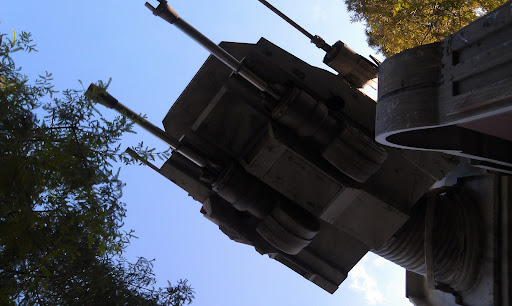 I'm so glad John likes it too!

Except he's not letting me shop! I am in a manual wheelchair for the line and he's in control!  Ugh! I see a shirt and a print I want!

Pal Mickey and I with our Walt shirts!

I have gotten so many compliments on this shirt and I'm glad. Walt deserves it, and it led to me meeting a man who met Walt at Disneyland!!!!

The only time I have gotten as many compliments as I have with this one and my Doctor and River one us when I wore Wicked in the Studios where they have the Oz sections!

Front row seats for Beauty and the Beast!

Literally right in front of the stage!  I enjoyed seeing the show agai, especially with such a great view of it. I also got gorgeous shots of it like this of the Prince changing back. (His chest was YUMMY!)

A guy was checking his phone during the Tower spiel. The cast member said, "Sir, it's pointless to check the wait time now, you're here!"

Pal Mickey has a new pin!

His brother Oswald. Goes with the Walt shirt.