A letter to Suzanne

By now, everyone in our circle knows that we lost my friend Suzanne passed away on Tuesday. She had been fighting colon cancer which had also spread to her liver. She did so well on chemo and it looked like she was finally through the bad times.

Then it turned horribly bad, horribly fast. I hoped I'd get to see her so I could tell her what she meant to me. I did and I saw her once more after it, but it wasn't enough. Nothing would be enough. I would never be ready for goodbye.

Still, I can feel her hand cupping my cheek over and over as she kept telling me, "I love you." I know she did the same thing with lots of people and I'm glad I was one of them.

You can read a lot of beautiful posts about how much she was loved, what a fantastic person was. These posts are about Suzanne and she deserves every one of them and a million times more. She had so many special relationships with people; I hope I was one of them. She was very important to me, but as John reminded me last night, it's not about me. It's about her and her family.

I decided on what I wanted to say and how I was going to say it. I finally decided I wouldn't speak about Suzanne, but to her and with her as I've been doing for so many years. And like some other people have been posting.

Suze, here's what I've been up to since the last time we talked.

I had lunch with my aunt and one of my sisters. I still think you'd love my aunt; you're a lot alike. I have these weird bugs around the house, maybe locusts. I take a picture whenever I find one and send it to my sister Cathi saying it's another plague like the one that attacked Egypt in the Bible. She told me six bugs that looked dead are not a plague. (Here's where you'd ask to see one of the photos, Suze, and then tell me, "There's something wrong with you".)

I forgot to tell you I borrowed 25 cents from your desk drawer. I needed it for a soda. No, it's not stealing because I'll pay it back. I have that big margarita glass on my desk with change now, so I'll take a quarter from it. Remind me.

There's a puppy video I need to show you that you'll absolutely love and then you'll send it to Doug.

I was thinking about all the years before match.com where we'd go looking at the Yahoo personal ads for the really odd ones or ones with a great title. Remember the one from someone in our town asking for a really... unique experience and it had a picture? And we said well, of course we HAD to open it. It could be someone we know. And then we said we can't open this! What if it's someone we know?!  We'll never be able to look them in the eye again? Then we finally looked and it wasn't anyone we knew; we were relieved at first and then a little disappointed. Remember?

And our No Spouse nights with Glenn where the three of us would go out. The things we'd laugh about.

I cried as soon as they said you were gone. I've been crying a lot since then. I'm crying now, because it wasn't supposed to happen. The doctor said give me a year of treatment and you'd have five years more to live. Maybe more. We had a list of things we were going to do once the chemo left your body. So then how in the hell did we get here?

I think about the things we shared, like everyone else is doing. What would be the most memorable show I'd pick, what dinner out, what night in front of the computer picking out crazy wedding photos and saying, "I'm sure they're a beautiful person inside." What serious talks, what times where you were there for me.

I've been carrying my pug purse in your honor. You know the one:  the purse you kept saying, "When are you going to give me that?" And I'll wear the cherub necklace you gave me at the service. The one where I said (at Jekyll and Hyde), "That's nice, give me that." And you actually did.

I wish I remembered the auditions for the first Superstar so I remembered how we met. I remember everything about that show except that. I wish we had a photo of the two of us, but you always made that noise because you thought you looked terrible. So the only ones I have are of one of us with the other in the background. But not us together.

The times I don't cry are the times I think it's a bad dream and I'll wake up. I think about some of the things we talked about and it hit me how some of these things, as important as they are, are only things you and I know. It hit me that I'll never be able to talk about them again.

Like "The Great Divorce", all the times we discussed it. Including how we'd blow it on the afterlife's path to paradise. So, since it's me to you, I want to say to you:

Take that trip. Get on the bus and don't get back on once you get off. Remember that the person who greets you is probably making you ferocious, but that their real purpose is to help you let go of your demons. There's a wonderful life ahead of you. Seize it. Start walking, don't give in even when it feels like the only thing to do.

Remember when you get there, what we said:  save me a spot. See if you convince them that you're the person to greet me; tell them you're aggravating enough. Don't tell my mom anything that I don't want her to know.

Believe it or not, I did NOT put everything I thought of in this epic novel to you.

Give Julie a hug and kiss from me. And George and Mark.

I can't say... goodbye. I'll come see you at Cavalry; maybe I'll be able to then. Until then, I'll say what we kept saying to each other, when you touched my cheek. 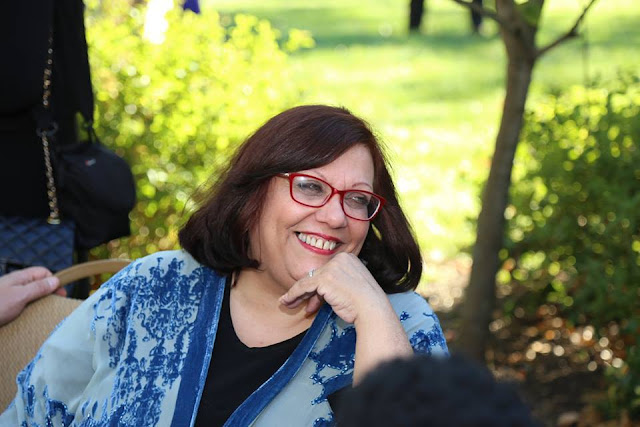 I can't believe how long it's been since I posted! But here's a great reason for a new one!

We adopted seven years ago this past Monday, the 24th. Our little man! Here he is that first night, all fluffy from his bath:

In one day, he went from our foster to John telling the shelter that we wanted him. And John swore I would be the one to push to keep him. LOL!

We adore him and he came into our lives at a great time. He's John's best buddy and I equally love him.

I love the window art!

I don't know who does it, but whoever the artist is,  I love your work! 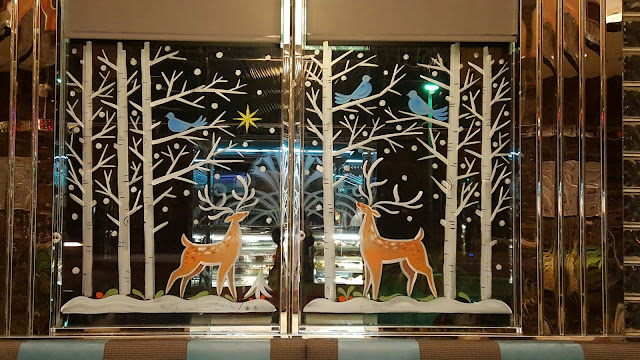 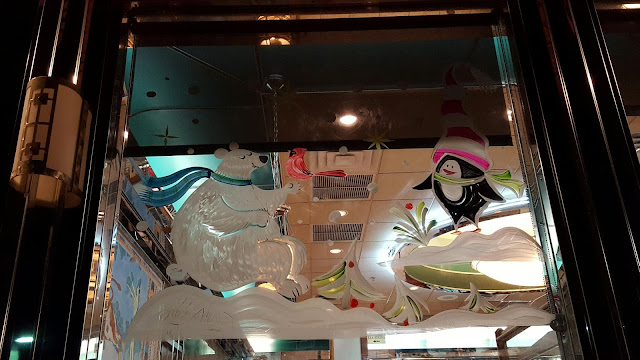 We got this wonderful Drive-In theater set from my niece for Christmas! We're going to display it all year because it's so amazing and I'll add cars.

I do need to figure out how to add it well to the suburb side of the village. It's awkward now. 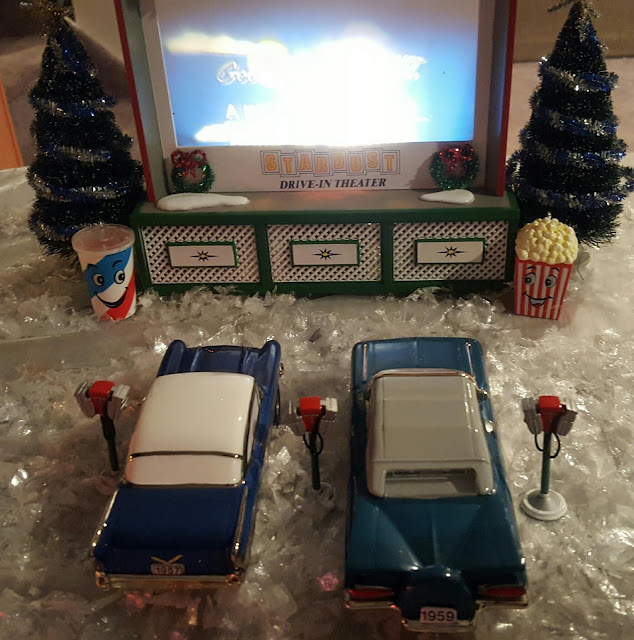 I can't believe it.  I thought I'd never do one. 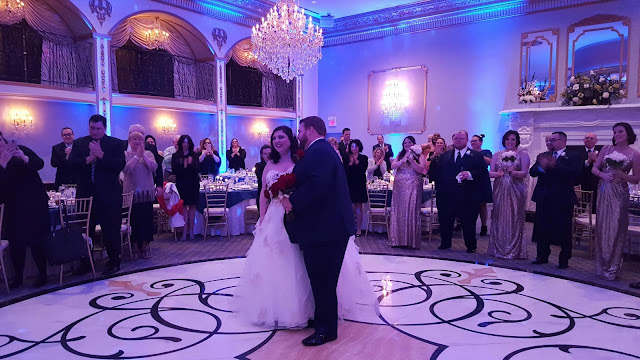